This week we want to touch on a subject that is a small part of our business, plant breeding and branding. This past Spring we stumbled across a native American holly that had some interesting features to it compared to other cultivars of it. We tried to propagate it, got it to root but shortly afterwords they all died. While that is a set back, we see it as a minor one as we can try propagating it again next year. The traits we noticed was that it had extremely large fruit, abundant amounts of fruit, and the leaf color for being a heavy fruitier was nice.  We gave it a cultivar name,”Southern Blood.” It was found at the grave site of one my ancestors. 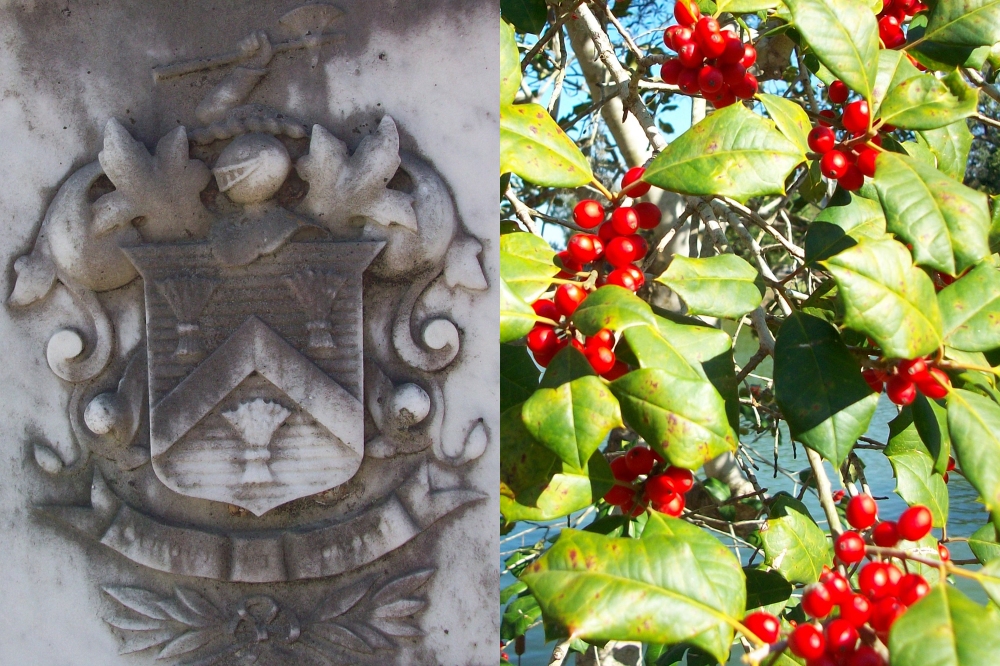 Now, this holly will be the newest plant we will add to our small lineup of ornamental plants that we are currently growing to patent and sell under a plant brand.

Naming plants after people is not a new concept. From a historical perspective, even naming species of plants after people has been popular since 1750’s when Linnaeus started to formalize taxonomic nomenclature. Queen Elizabeth has two different roses named after her, one is grandflora and the other is a climber. There are numerous camellias named after people, so much that the Southern California Camellia Society publishes a book on camellia nomenclature annually.

Most of the times people name plants after people out of respect, honor, love, or admiration. Well this tradition is far from dead, more and more plant breeders are starting to see the financial impact of releasing a patented plant, in the terms of royalties collected. For most small scale breeders, there is considerable time, effort, and financial resources put into coming up with that new novel gem of a plant.  Still you could create the most fabulous plant and patent it, but it you don’t have a great marketing strategy and plant brand to release it under, it will probably take you the majority of the life of the patent to get people interested in it. Plant patents only last 20 years and cannot be renewed.

One of the most recent successful patent released plant and branding marketing programs has been the “Knock-Out” shrub rose. Talk about making some money from taking the time to breed plants. This rose has to be one of, if not the most planted rose in the United States.  The “Knock-Out” shrub rose was a product of rose breeder William Radler. Mr. Radler definitely won the lottery of sorts when he took “Carefree Beauty,” shrub rose developed by Iowa State University and crossed it with one of his personal developed seedlings to create “Knock-Out.” Mr. Radler worked with large scale rose company Star Roses and also put it through American Rose Society trials. By doing so, it not only created a ground swell from die hard rosarins but aligned with a great marketing plan instituted with Star Roses. In the beginning only certain large scale nurseries where licensed to propagate and sell “Knock-Outs.” Demand created from marketing super ceded that and forced other large scale nurseries to be allowed to sell them as well. From top to bottom, it was a very successful campaign. One of the big selling points, it was considered to be a “carefree” landscape rose that didn’t need as much maintenance and was not susceptible to black spot disease, which plaques most varieties of roses. Despite all the marketing jargon, Knock-Outs do get black spot here in the deep humid south.

A few examples of other big brand plants dominating landscape, include the “Encore” azalea, “Bloom a thon” Azalea, and “Endless Summer” Hydrangea. Encore azalea are associated with the “Southern Living Collection,” and  Bloom a thon azaleas is in the “Proven Winners” pallet. These are some examples of brand associated plant collections. Each collection has it’s own array of plant material, it is brand collaboration between the plant and a collection of products for customers of various regions. A more popular trend of brand collaboration within patented plants is the “Downton Abbey” series of roses being released from Weeks Roses of California. This series of roses has several varieties of  each rose type reflecting on a character of the show. While the extremely popular show is no longer on the television, individuals in essence can have a piece of it live on in their garden.

Be it William Radler, Bob Head of Head Ornamentals, or Buddy Lee of PDSI, each of them had to put a lot of energy and effort to get their desired results and in some cases, it was a matter of something unique popping up instead what they were trying to breed. Even in breeding programs where two dominate parents are selected to produce a hybrid with desirable traits of both, it can take anywhere from 10,000 to 100,000 individual to get a handful of plants that might exhibit those traits. It also takes several years of observing and cultivating to see if those traits are consistent year in and year out before even applying for a patent. This is why it is important for those breeders to not only produce something unique and novel, but something that is also easy to moderate in rooting and propagation success. You might develop the coolest triple flowering whatever, but if you cannot multiple those plant numbers with relative ease, then you won’t be apply to supply a demand in the future accordingly.

While I never was a fan of Knock-out shrub roses, I have noticed that recent breeding of floribunda roses has impro disease resistance to black spot and develop some beautiful roses that could be used in landscapes with slightly more effort than Knock-Outs but less effort of grandifloras and hybrid teas. If you water, feed, and dead head flowers properly with floribundas, you have a great bush and countless flowers. They may not be long stemmed hybrid teas, but they do make excellent cut flowers with great color and fragrance depending on the cultivar. The “Julia Childs” floribunda is an excellent yellow for landscapes that has been recently developed, yet there is a newer floribunda that is changing how breeders of any plant should look at their breeding programs. This floribunda is ushering in the “pop-culture” era of branded plants and collections that benefit from other well established long associated brands of American society.

Downton Abbey rose series might of been the first example “pop culture” crossover directed marketing and breeding of such, and other people might argue Southern Living collection is, but Southern Living really doesn’t live outside the southeast (ok maybe on the west coast) but none of those rose actually came from the grounds of High Claire castle. This floribunda on the other hand was selected for a reason. It was not developed by it’s namesake, but the naming and the rights to it was purchased and coordinated with one of the oldest rose companies in the United States. So what is this floribunda that is a complete game changer? 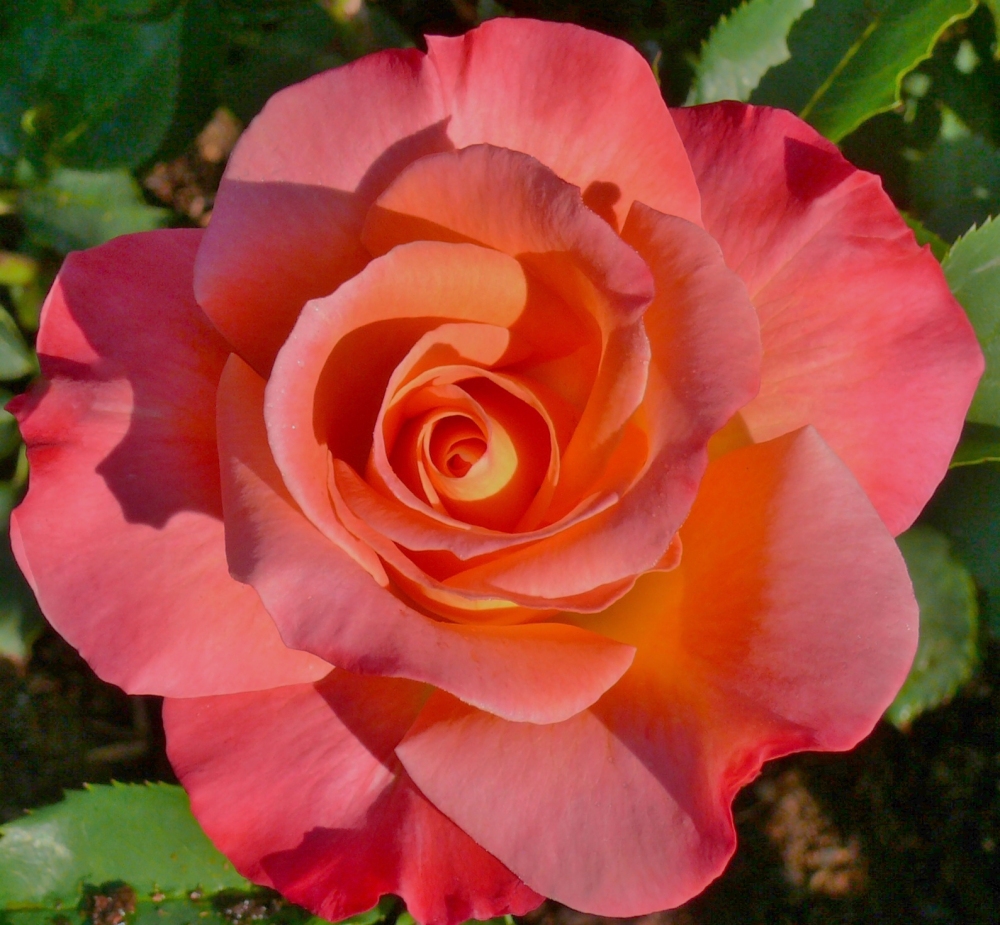 That is right, “Disneyland” floribunda rose is the game changer. It changes the game because when you go to Disneyland, you will see this rose planted throughout the park. While Disney is not in the business of selling this rose, they are working with Jackson & Perkins to sell them all over the United States. If you want to order one, you can do so here. If you want to read Disney’s version of the story to finding the perfect rose to have the Disneyland namesake, you can do so here. 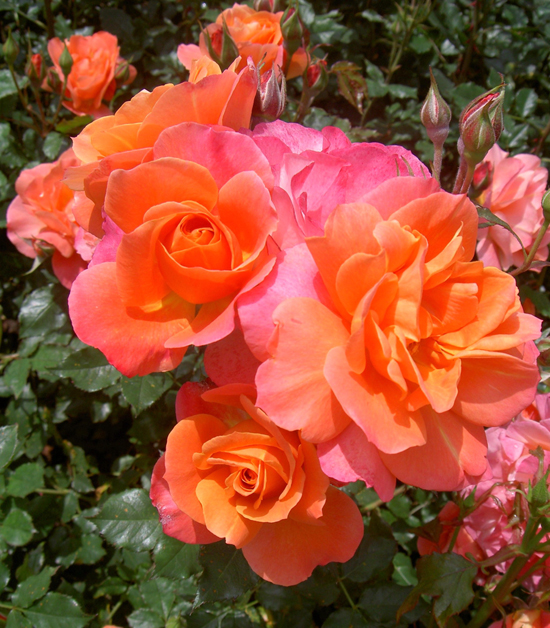 Yes, this rose was released in 2012, but unlike Knock-outs, it did not have some huge marketing campaign behind it, nope. The marketing campaign of being in the park along with rosarins growing it was enough to get it going. Still this is a perfect example of how big brands can come in a utilize plant brands for mutual benefit. Especially for a theme park, every time one of their customers looks at those roses in their yard, there is a good chance they think about a time they had at the park.

Do I think Coke or Pepsi is going to come in and want to brand a plant for marketing and association purposes? No, I highly doubt it. I can see other corporate entities doing the same as Disney, because not only is it a great landscape plant for the park, it is an extension of the brand into an area that they would never normally be. I could see Mc Donald’s or other franchise chain stores, wanting to have their landscapes tailored to look the same. To create that repetitious imagine no matter were they maybe in the country. All the buildings always look the same no matter where you go, so why can’t be the landscapes?

As time marches on, you will see Disneyland floribundas be planted more often. One thing that is holding it back, is the lack of marketing within individual garden centers. J&P once had a great program of doing such. Yes, a portion of the economy has moved online, yet traditional methods still work today like they did twenty years ago. Still, the most important take away from this to plant breeders, is to keep your eyes open, you might of breed the next “pop-culture” brand plant without knowing it. This might sound like a strange concept, but a lot of “new things” start out as strange concepts.

We hope you have enjoyed this article and as always don’t forget to “Grow Forward.”

Until next time, be safe, be happy, and love one another,